On average, Australians consume an alarming 105 grams of sugar every day. More than half of that is in the form of refined white sugar. To put that another way; 14 teaspoons of refined sugar a day!

As a nation we are killing ourselves with sugar and feeling miserable, guilty and powerless to do anything about it.

Sugar addiction is a combination of learned habits (often from very early childhood), cultural habits (read the labels of almost anything in an Australian supermarket and you will find added sugar), environment (kids that eat a lot of sugar often have parents that do the same) and emotional and life states. Hypnosis is an excellent way to address these ingrown, subconscious habits and modes of behaviour and treat them effectively and permanently.

Sugar is an enormous health problem across the developed world and increasingly in the developing world as well. While sugar does not cause diabetes itself – obesity is a major contributing factor and obesity can lead to a whole range of other serious health issues. Obesity is one of the leading direct and indirect causes of death in Australia. 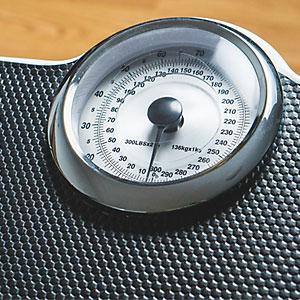 Sugar activates the reward centres in our brains much the same way that drugs do, and provokes similar cravings and withdrawal symptoms. The addiction to sugar is quite real and has been studied at length. A French study found that in rats, sugar can be even more addicting than cocaine.

The psychological aspect of sugar addiction is well know (who hasn’t eaten a block of chocolate or a slice of cake to make themselves feel better?) People often use sugary foods in ways that aren’t healthy – as an emotional response to stress, negative emotions and depression. Eating bad sugary food also makes us feel guilty and defeated as well – so we eat another doughnut.

The sugar we eat in lollies, cakes, soft drink and anything else that has sugar in it – is turned into glucose in your bloodstream. Your blood sugar levels spike. Sugar fuels every cell in the brain – so your brain sees sugar as a reward, which makes you keep wanting more of it. If you often eat a lot of sugar, you’re reinforcing that reward, which can make it tough to break the habit.

Then there is the “post sugar high”. Your body needs to move glucose out of the bloodstream and into your cells for energy. To do this, your pancreas makes insulin and then your blood sugar level can have a sudden drop. This rapid change in blood sugar leaves you feeling weak and shaky and searching for more sweets to regain that sugar “high.” Like most addictions, the “high” has less effect as the brain/body becomes habituated. So the need becomes bigger and stronger and even harder to control.

Medical conditions caused or exacerbated by excessive sugar use.