What does ARFID and fear of dogs have in common? 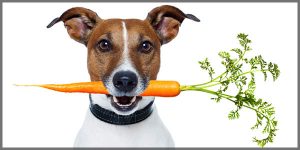 At first glance a fear of dogs and ARFID have nothing in common. But when we look a little deeper, it all starts to make sense.

When we say someone has a FEAR of dogs, we’re not talking about someone who just doesn’t LIKE dogs. A FEAR (or phobia) of dogs means the person will cross to the opposite side of the road rather than be close to a dog; they won’t visit their friends if they know there is a dog in the house; their body goes into a state of anxiety and panic if a dog gets close to them (even if it’s on a lead, a happy dog or just trying to play and lick them); the thought of touching or patting a dog turns their stomach and makes them extremely uncomfortable.

Logically they may look at a dog and see that it is non threatening, but there is an inner part of them that dislikes dogs so intensely, that they can’t bring themselves to touch the dog even if they wanted to. It doesn’t matter how much their friends encourage them to pat the dog, go near the dog, or touch the dog; no logical conversation or encouragement can override or change their strong fear (phobia) of dogs. For their brain, dogs have been put in the same ‘alert’ category as tigers, crocodiles and snakes. Their protective mind shouts out “Danger!… must be avoided, run away!”.

For most of us, this seems illogical and odd behaviour. However, I have seen many people in my clinic who have this fear of dogs (both adults and children). This fear, or phobia, is also similar to the intense fear of spiders, heights, public speaking, snakes, birds, food, etc.

WHAT CAUSES FEARS AND PHOBIAS?

For the person with a phobia of dogs, they (or more specifically, their inner mind) either experienced, saw, heard or somehow linked dogs with danger, generally when they were a young child. Survival is one of the strongest instincts for the human body and mind. Our survival beliefs are locked away in a very safe part of the inner mind. It is as if the inner mind says, “Don’t worry Boss, leave it to me. I’ll protect you. You don’t need to think about it, from now on I’ll stay alert for dogs and keep you safe”.

If we are a toddler, this is probably a good strategy to keep us safe. But as we grow up and get bigger, this strategy is no longer needed. As an adult (or typically from age 8 onwards), WE can decide if a dog is safe or not. Our life experience tells us that most dogs are friendly, and WE can decide if we want to pat them or not. Unfortunately, this protective program that is running in the inner mind sometimes never gets upgraded. This inner part of the mind is still locked at the same age when the initial decision was made. Imagine a frightened toddler in nappies in charge of your behaviour around dogs… forever! This is exactly what is going on.

The way humans create fear and phobias is inherently the same, whether it is a fear of dogs, spiders or food. ARFID is typically an intense fear or phobia of food. (There 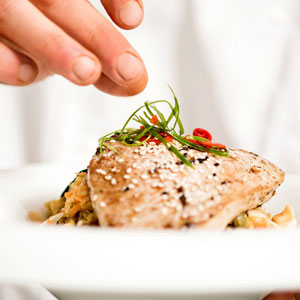 may be other compounding issues like SPD, ASD, ADHD, etc., however the primary fuel that is driving the ARFID food phobia is fear).

The intense fear and phobia towards food (ARFID) is created in a similar way to the fear of dogs. Something happened when the child was young, and the inner mind decided that food was as dangerous as tigers, crocodiles and snakes. Survival is the most primitive and powerful force in humans, and it is this survival instinct that is driving the fear of food. This is why it is very difficult for the ARFID sufferer to consciously change.

Most of the time the inner mind gets the decision right. But sometimes, just sometimes, it gets it wrong. For ARFID sufferers, it is as if there is an overprotective toddler in charge of the inner mind’s behaviour towards food. This toddler in the inner mind once had a bad experience around food, and it used the best resources it had at the time to survive (ie. if it was choking, it vomited the food out to clear the airway; if it was sick, it guessed that food made the body sick and decided to protect against foods; if it was tongue tie or colic or allergic, it linked stress and anxiety with food, and decided food was the culprit; and the list goes on).

When we were young, our conscious mind was not always ‘at the meeting’ when decisions were made about our survival. As a toddler, our protective mind had the important job of keeping us alive. Functions of eating and breathing are high priority, and if something blocks our airways or makes us sick, this part of the mind jumps in and protects us. The need for survival can sometimes make this behaviour permanent, rather than being age specific. When the mind and body use outdated ‘toddler’ survival instincts for children, adolescents and adults, then this can create the illogical fear that shows up as a phobic reaction towards food.

So how do we help someone with a phobia… and in particular an eating phobia like ARFID?

An important part of therapy is to explain that the behaviour is not irrational. Quite the opposite. The behaviour is from a part of us that is doing the best to keep us alive. The problem is, it is really being a bit too overprotective. The way it is helping us is not making us happy. The way it is helping might have been good when we were a toddler, but not now that we are older. So one part of the therapy is to encourage this part to change, to upgrade its behaviour.

The second part is to address the fear. When we realise that the behaviour was done for a logical reason (we thought it was punishing us and making life hard, when in fact it was only trying to protect us so that we can survive), we start to become less fearful. It’s like making up again with an old friend who we’ve been fighting with.

The biggest fear is sometimes the unknown. When we start to understand what is driving the fear, then with the right guidance, our fear can be reduced and we can have a calmer approach towards food.

RECOVERY COMES IN MANY SHAPES AND SIZES

So this brings us back to the fear of dogs. How do we know if a client has their phobia of dogs removed? Well, we gently introduce them to a dog. Some clients pat them, some allow them to lick their hands (and faces!), some just hold the lead and stand close to them, whilst others just stay in the room at a distance. Not all of the clients 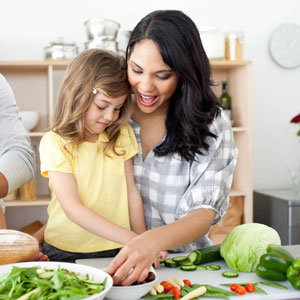 want the same thing. For some clients, just being able to be in a room with a dog without panicking is success. For others, patting is a success. And for others, hugging and kissing the dog is success.

And so it is with the ARFID client when they have the opportunity to try their non safe foods after therapy. Success means different things for different clients. When the fear of food is removed or reduced, people react differently. Some will bravely take a nibble out of all the foods; some they will like and some they won’t. Other clients will smell, lick or taste some foods… realising that this is the first time they have done this for years without gagging. And others will try 5 of the foods they have brought in and like none of them, while others will try 5 foods and like all of them.

And this is the first step. Just like going to the gym, persistence brings us to the goal we desire. The same with food; gentle encouraging persistence will see the safe food options gradually expand.

Regardless of how many new foods clients try or like, the therapy is designed to give clients one thing. FREEDOM. Freedom to explore foods. Freedom to actually pick up a food and taste it. Freedom to say “I like it” or “I don’t like it” or “it was just OK”. Freedom to make their mind up about food AFTER they have tried it and not BEFORE. Freedom to be curious about trying new foods. And most of all, Freedom from Fear.